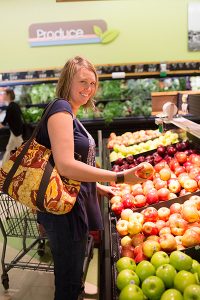 Retail, consumer-owned grocery cooperatives are most visible in natural foods segment of the sector, which has developed, grown, and matured during the last 50 years. Retail grocery cooperatives can also be found in the conventional foods sector, especially in smaller communities that have sought to reestablish this type of anchor business when long-standing retail grocery stores have closed.

Grocery cooperatives operate in a low-margin, price-competitive sector that must respond to evolving consumer expectations, changing retail channels, including online ordering, and patterns of food preparation and consumption.

The Willy Street Co-op started in 1974, when a group of people wanted to provide quality food for their families. They began the Co-op in order to find and sell fresh, local, organic, and natural foods. Willy Street Co-op has expanded to offer more products, opened a production kitchen and has three stores in and around Madison, Wisconsin.

A Study of Co-op Business Development in Wisconsin and Minnesota: Fourteen Recent Start-ups in the Food and Agricultural Sectors. UW Center for Cooperatives, 2013.

Up and Coming Food Co-op Conference