We are excited to share the results of a multi-year research and outreach project titled Collective Action in Rural Communities: Mapping Opportunities for Cooperative Conversion and Start-up. The goal of this project was to enhance opportunities for rural cooperative entrepreneurship by providing decision-making tools and research-based information to cooperative and economic developers, rural entrepreneurs, and policy makers. Our report delves into the many ways rural communities are using the cooperative model to meet collective needs and to strengthen local economies.

In the report and highlighted below, you will find:

For example, we found that 945 cooperatives were incorporated between 2011-2019, with 21% in rural areas (slightly higher than the 19% of the U.S. that is rural). The top member type of new co-ops in rural areas was Consumer, aligning with Grocery as the top clear sector (see report pages 8-9).

Many thanks to the National Institute for Agriculture’s Agriculture Food Research Initiative (AFRI), which funded this major research undertaking. 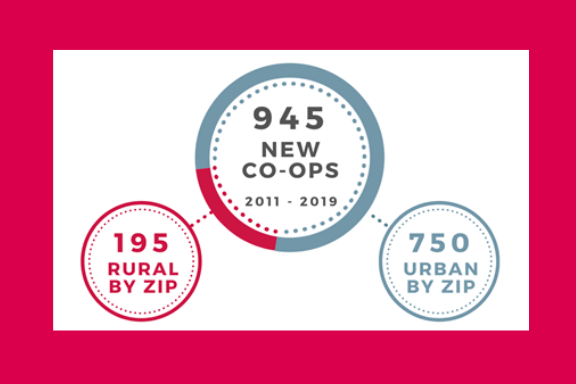 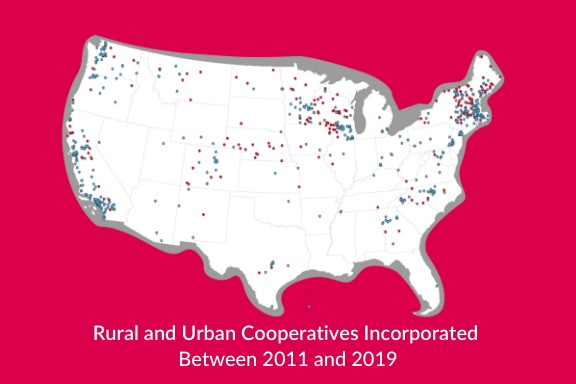 This is an accordion element with a series of buttons that open and close related content panels.

Statutory provisions and/or presence of attorneys with cooperative expertise

Presence of policies, plans, or tax incentives that support cooperatives

a. Co-op to Co-op: Degree to which cooperatives are aware of and connected with one another

b. Community: Presence of cooperatives that emerged from an established community network and are intended to support that particular community 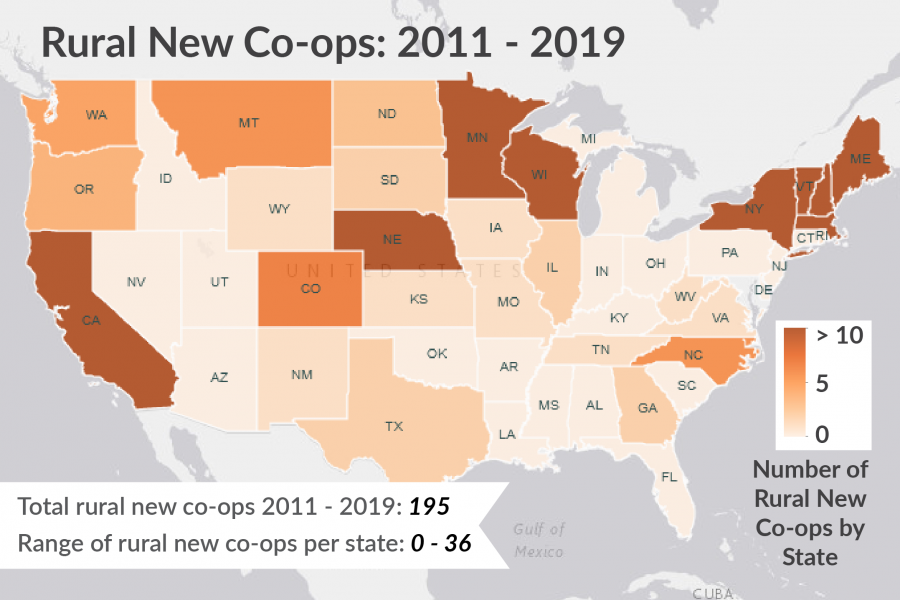 Where new co-ops are in rural & all areas (by state) 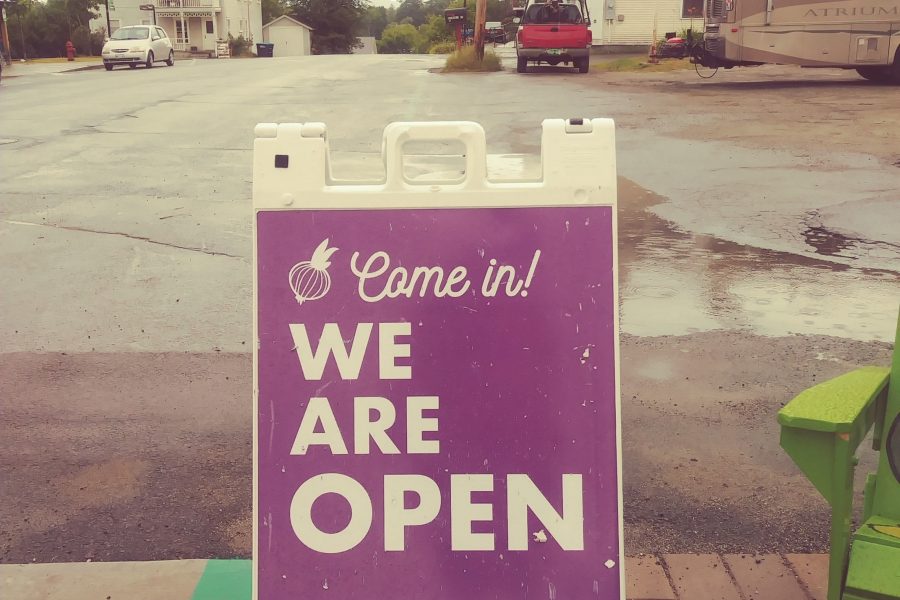 Find many specific examples of growing new cooperatives in a variety of rural contexts. Our clusters include the Northeast (Maine, Vermont, Massachusetts, and New Hampshire), the Great Plains states of Nebraska and Colorado, the Upper Midwest’s Wisconsin and Minnesota, North Carolina, and Washington. For cluster research, we collected 14 developer survey responses and completed 23 phone interviews of developers and cooperative members. During four site visits we conducted 66 interviews and in-person meetings with 88 individuals and cooperative members, developers, and community supporters. The majority of our interviews and meetings were with cooperative members. 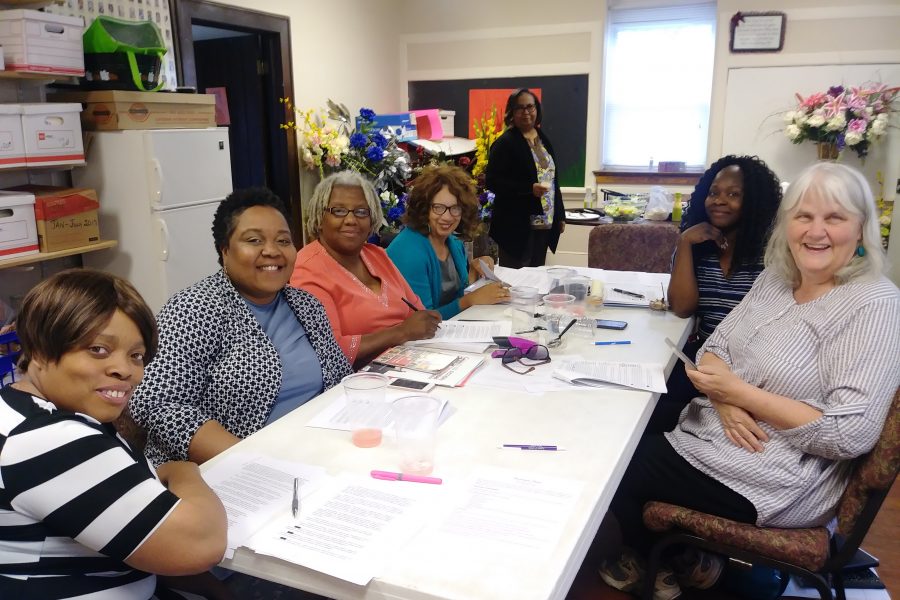 Specific, actionable recommendations are based on the extensive research conducted through this project, and are structured around the ecosystem factors contributing to new cooperative development 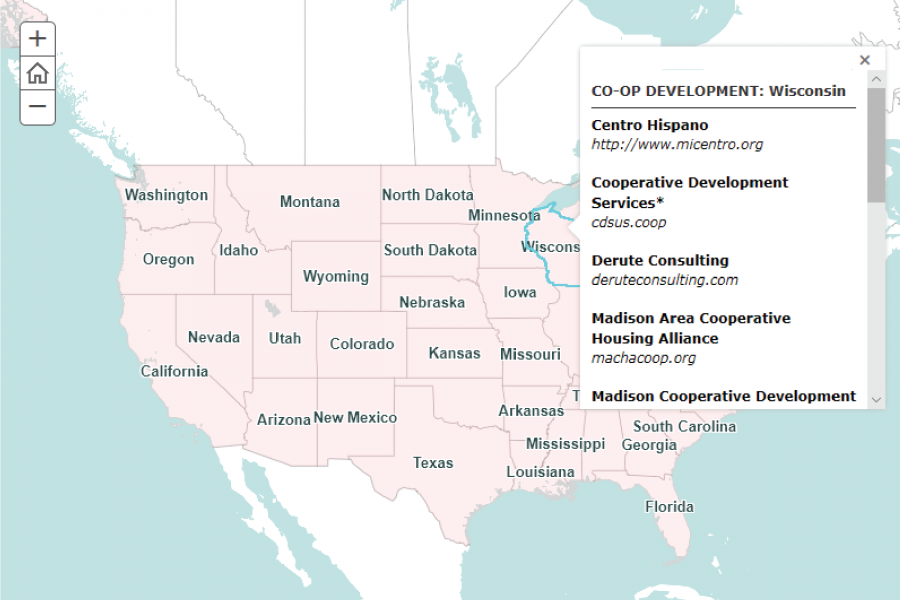